Nigeria’s challenges are beyond religion – Oshiomhole 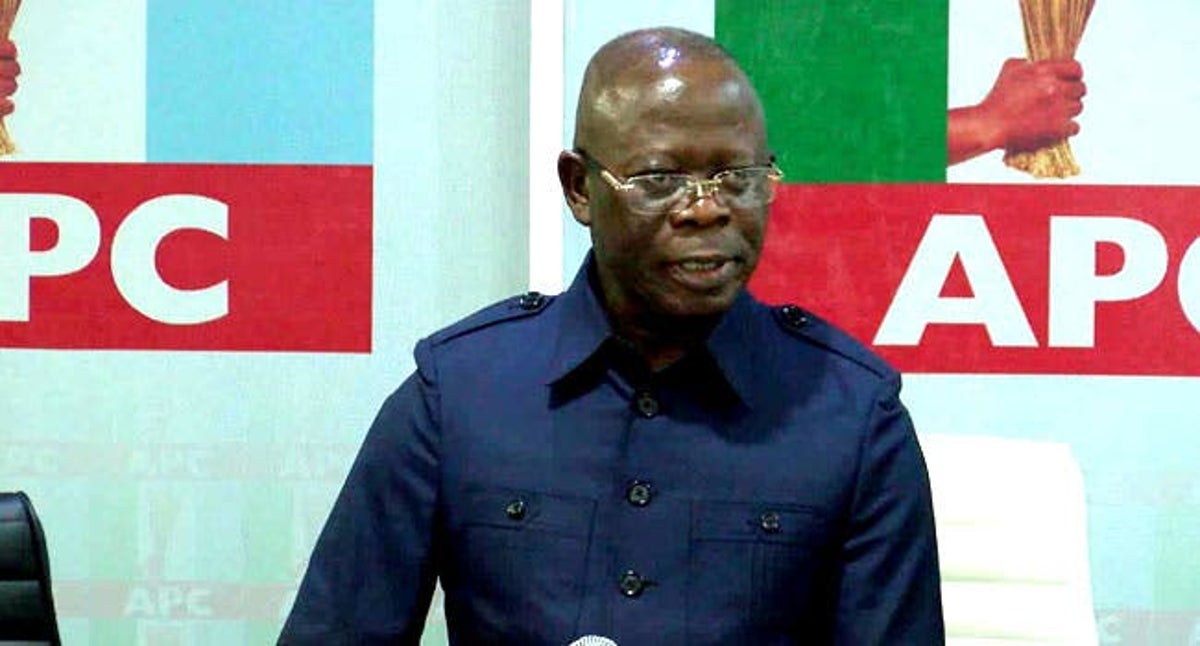 Mr Adams Oshiomhole, the former national chairman of the All Progressives Congress (APC) has faulted criticism against the party’s Muslim-Muslim ticket, saying that Nigeria’s challenges are beyond religion.

Oshiomhole said this when he spoke with newsmen in Abuja on Thursday, adding that rather than talk about religion, Nigerians should discuss what each presidential candidate has for the country.

He also said that the criticism against the party’s ticket by the Christian Association of Nigeria (CAN) was blackmail.

“Those who are speaking and leading the campaign in the APC family, if they were such believers in Christianity they had the opportunity to vote and canvass for votes for one of the Christian candidates and there were quite a few.

“But they were on record as having led the campaign on the side of Asiwaju Bola Tinubu, knowing very well that he is a Muslim. I think the Nigerian challenges are beyond religion.

“I think the issues before us which we have to spend time discussing is what will any of the presidential candidates do differently to expect a different outcome, not what will a Christian or Muslim do,’’ Oshiomhole said.

The former two-term governor of Edo said that even with a Christian-Muslim president ticket, Nigerians were still not satisfied.

He also faulted claims by some Christians that they were being persecuted, saying there was no evidence of that.

“I don’t think they bothered to show the evidence and yet we have not just a Christian Vice-President, we have a pastor, a senior advocate.

“So if religion is the issue, I guess Nigeria will be Eldorado,’’ Oshiomhole said adding that CAN could not have been speaking for Northern Christians.

Speaking on the country`s security and economic challenges, he said that President Muhammadu Buhari inherited a nearly collapsed economy, while the 2015 general elections was postponed because of security challenges in parts of the country then.

Oshiomhole said that some progress has been made in many areas, while new problems have also come up.

“In looking at the security situation, for example, we observed that the size of the Nigerian Army after the Civil War was about 250,000.

“Today, it’s about the same size, then the population of Nigeria was about 50 million, today we are about 200 million,’’ he said.

Oshiomhole said there was a need to review the security architecture and double the size of the country`s armed forces.

This, he said, was not just because the population had quadrupled, but because of current challenges around the world and around Nigeria’s neighbours and within the country.