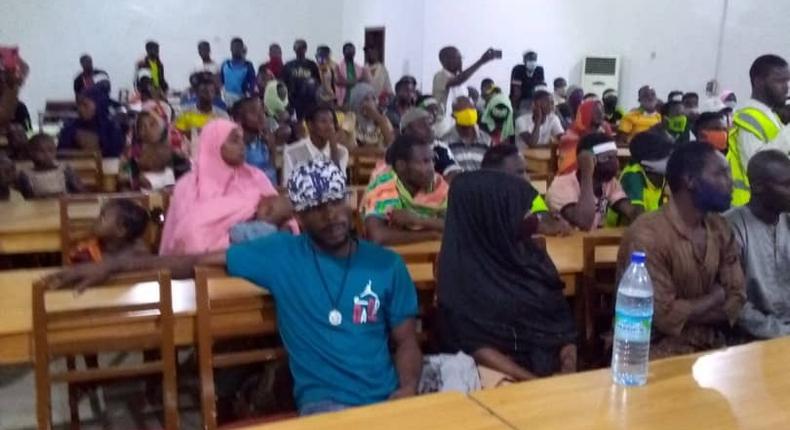 The returnees were brought back to Kano in three luxury buses under the care of the International Organisation for Migration (IOM) from Agadez.

The returnees were brought back through a voluntary repatriation programme for the distressed who had left the country to seek greener pastures in various European countries and could not afford to return when their journey became frustrated.

According to him, the returnees are from different parts of the country, some from Kano, Kaduna, Katsina and Edo, amongst other states.

The returnees will be trained for four days to be self-reliant and will be given a grant.

The News Agency of Nigeria (NAN) reports that the returnees were given blankets, toiletries, clothes and food.

We urged Nigerians to avoid endangering their lives by traveling to seek greener pastures in other countries.

A Returnee, a Widow and Mother of four from Kaduna State, traveled to Algeria for greener pasture

NAN reports that the agency had on May 21, received 129 Nigerians stranded from Agadez.