Military Recover Crude Oil From The Operations of Armed Forces 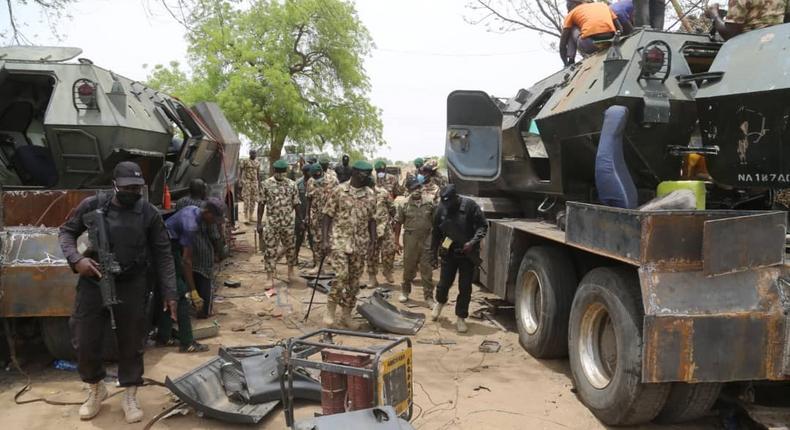 The Director, Defence Media Operations, news conference on the operations of armed forces

He added that while 26 oil thieves were arrested, 29 vehicles, 68 wooden boats, nine speed boats amongst other equipment were also impounded.a

According to him, 21 criminals involved in this criminal activities were arrested.

In the South East zone, a combined team of security agencies led by 302 Artillery Regiment had on June 25, eliminated two members of the proscribed Independent People of Biafra (IPOB) during a raid operation.

The operation was carried out on IPOB and its Eastern Security Network (ESN) camps at Ukpor in Nnewi South Local Government Area of Anambra.

Furthermore, on June 27, our troops discovered a notorious hide of late Double Lion a notorious terrorist after a shoot out, one criminal member of the gang was neutralized.